Importance of knowledge of hydrogeological characteristics for emergency protection

For planning adequate emergency protection measures it is necessary to consider the hydrogeological, climatic and hydrochemical characteristics of the area. These define the mode and extent of eventual pollution spreading toward water sources. Incorporation of a hydrogeological and hydrochemical model in the GIS of drinking water sources makes possible to get fast the information which water sources and to which extent are endangered, and based on the prepared algorithm it is then possible to make a plan of necessary measures.

A hydrogeological model as a part of the GIS of drinking water sources was prepared and tested on the study areas of Trnovo-Banjšice plateau and alluvium of the Soča/Isonzo River. Trnovo-Banjšice plateau is composed of carbonate rocks, in which an extensive karst aquifer is developed. It contains large amount of groundwater and is discharges through big karst springs at the border in the valleys of the Soča, Vipava and Idrijca Rivers. Many of them (e.g. Mrzlek, Hubelj, and Kajža springs) are captured for water supply, therefore this area is the most important drinking water reservoir in the Goriška statistical region. The intergranular aquifer in the alluvium of the Soča/Isonzo River, which is composed of fluvial and fluvioglacial gravel and sand sediments with individual lenses of conglomerates, is the most important drinking water source in the Italian part of the project area. The Soča/Isonzo River is the main hydraulic connection between the two aquifers.

Description of methods and results

Based on all data about characteristics of the pilot area collected, study of processes of pollution spreading and testing of various scenarios a hydrogeological model was built and incorporated in the GIS of drinking water sources. Due to different characteristics of karst and intergranular aquifers different methods were used for the Trnovo-Banjšice area and Soča/Isonzo alluvium. An useful support to hydrogeological model is provided by geochemical characterization of water through isotopic and chemical analyses of cations, anions and trace elements.

Karst aquifers are due to specific characteristics extremely vulnerable to various pollution sources and good knowledge of their characteristics is necessary for a proper protection of karst water sources. For the Trnovo-Banjšice area the individual groups of data obtained and elaborated (basic geological, hydrogeological, hydrological, geochemical, climatic and land-use characteristics, relations between areas of different permeability, directions and velocities of groundwater flow, recharge areas of individual water sources, etc.) were used for vulnerability mapping. The vulnerability map, which shows areas with different probability of pollution, was used to construct the map of isochrones. On this map, the shortest time of eventual pollution transfer from the point of accident to all important water sources is estimated.

Regarding the fluvial plain of the Isonzo/Soča river, the vulnerability map was developed through the SINTACS procedure (Civita & De Maio, 2000), which predicts the overlapping of 7 thematic maps (Depth to the groundwater table, Effective infiltration, Unsaturated zone attenuation capacity, Soil attenuation capacity, Hydrogeological characteristics of the aquifer, Hydraulic conductivity, Topographical slope). This procedure takes into account different parameters that are critical to determine the intrinsic vulnerability of an aquifer, such as lithology, structure and geometry of the hydrogeological system, soil nature and cover typology, recharge-discharge system and processes of physical interaction and hydrogeochemistry, responsible of the groundwater quality and of the mitigation of any pollutants that enter the system. In the hydrogeological model defined relation between surface and underground waters is reflected also in the distribution of chemical and isotopic parameters (environmental tracers) in aquifers. The analysis of these parameters provides information about the characteristics of functioning of the alluvial aquifer and helps defining the vulnerability areas.

To simulate an emergency due to an accident that causes the reversal of a pollutant in the study area, a hydrogeological scenario of the Isonzo/Soča plain was developed. The scenario provides the reconstruction of the bedrock depth contours and the permeability of the alluvial layer. The worst possible scenario was considered: the accident occurs during a flood of the river Isonzo/Soča lasting 2 days when the water is at its lowest level and therefore the aquifer is mainly recharged by the river itself.

By entering the information about the accident into the GIS of drinking water sources, which links the above described hydrogeological models, it is possible to define which water sources are endangered and approximately when and to which extent they will be polluted. Based on this the necessary measures can be proposed following the general algorithm. 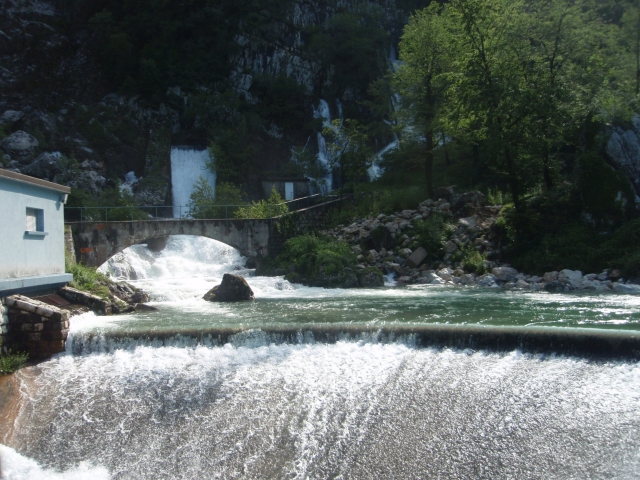 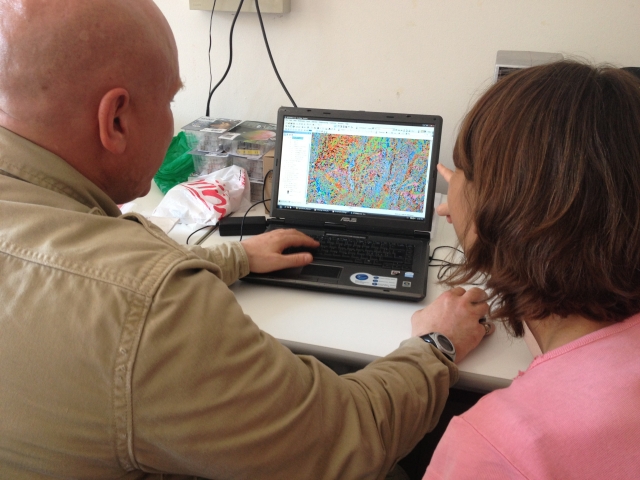 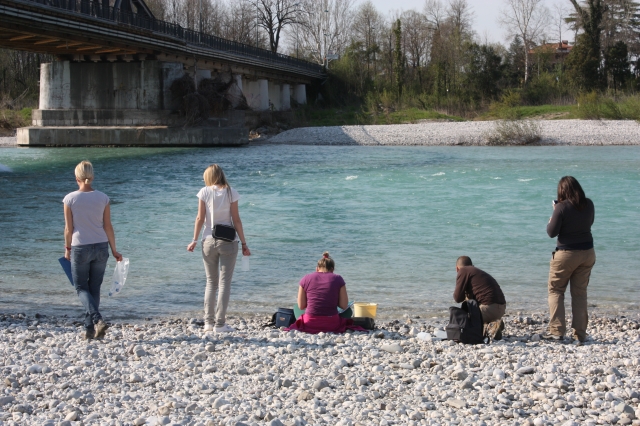 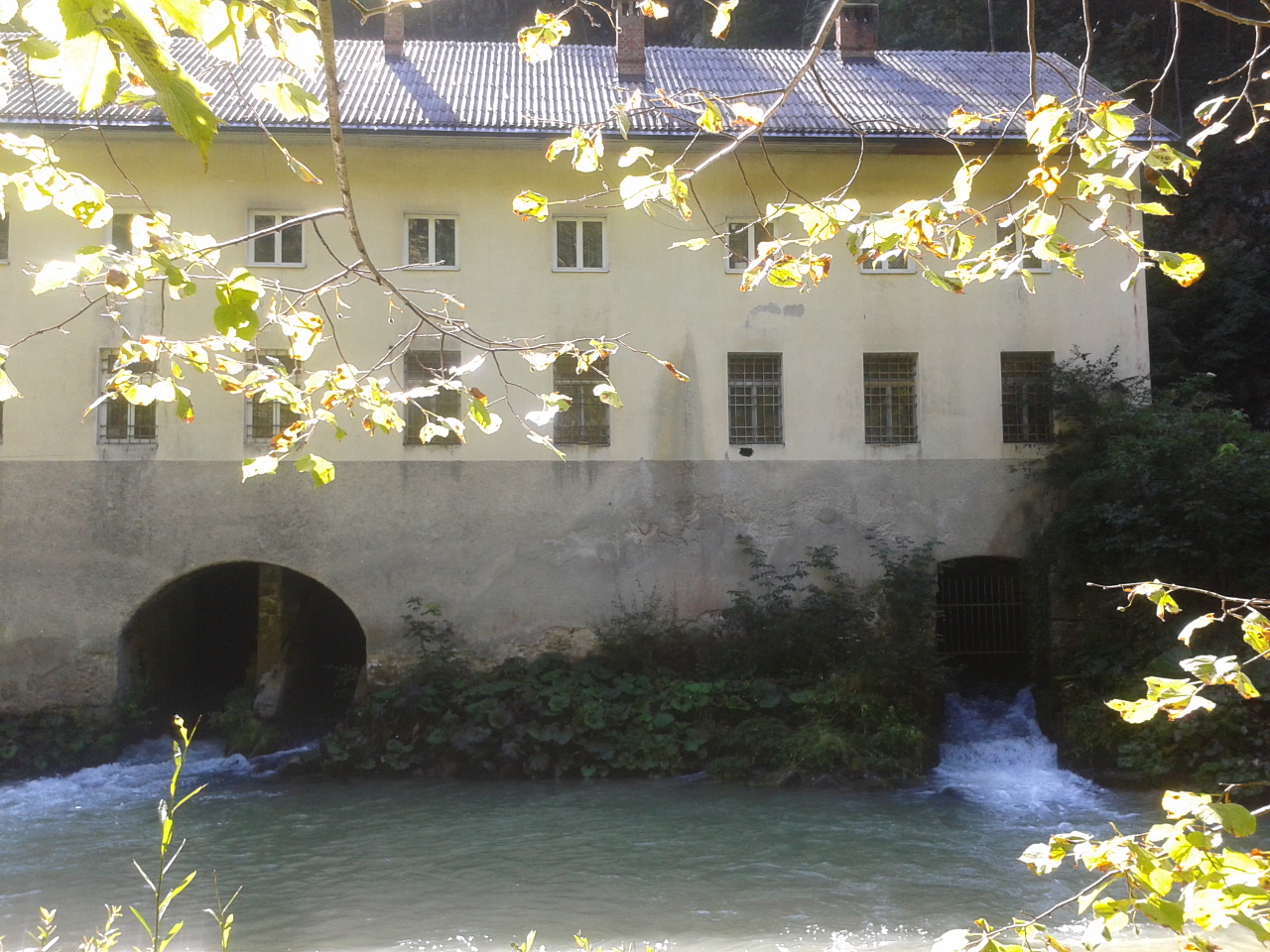