The main objective of WP7 was to assess the current state of the territory and to propose measures for sustainable environmental management, leading to the reduction of human impact and consequently of the risk of pollution of groundwater.
The study area chosen is the plain of the Isonzo River, covering 147 km2 on 23 municipalities in the region FVG and 4 municipalities in Slovenia.

Data regarding punctual sources of hazard such as industrial plants, landfills, oil pipeline, etc were collected and mapped. At the same time a map of overall land use was elaborated in which main weight was given to the different agricultural categories, that cause widespread and continuous pollution due to the use of pesticides and fertilizers.
For easier reading of the territorial situation, the sources of hazard have been grouped into three thematic maps, respectively related to agricultural activity, industrial activity and urbanization.
To each hazard centre and to every category of land use, weights were assigned according to the method proposed by Civita and Zavatti (2006)* adapted for the purposes of this study, especially with regard to the different agricultural crops. By overlaying all the maps and considering the highest value, the overall hazard map was finally obtained.

The risk of groundwater pollution depends not only on the human activities taking place on the surface, but also on how and how much water penetrates into the ground. To obtain a simplified risk map, the hazard map was combined with the map of hydrogeological vulnerability (elaborated by the Department of Geology of the University of Trieste in the framework of WP6).
The risk map, divided into five classes (from very low risk to very high), shows that only 5% of the area is at high or very high risk. It should be emphasized that the values are not absolute, but must be considered in relation to the study area. In general, the areas under major risk fall into the zones of urban aggregation where there is no proper sewage system or where the intensive agriculture is carried out, especially maize and vineyards crops. The maize crops require high input of fertilizers, generally the fields are ploughed and left bare during winter, causing leaching and nutrient release in the groundwater. In the vineyards pesticides are used, that are released in the groundwater especially if the vineyards inter-rows are not covered by grassland.

Based on these considerations, agri-environmental measures and interventions on the sewage system have been proposed, that may contribute to the overall reduction of the pollution risk.

1. Interventions on the sewage system
In the study area several measures have been undertaken to adapt the existing sewage system, some of them are already being implemented, others being under advanced design. These measures include:

2. Agri-environmental measures
Among the agri-environmental measures specifically aimed at reducing the risk of groundwater pollution, stimulated by the new Common Agricultural Policy (CAP) are to remark: (i) the permanent grassland cover of vineyards and orchards, (ii) the conversion of arable land to grasslands for the crops with highest impact, (iii) the maintenance of grasslands and pastures, (iv) the re-naturalization of the peri-fluvial belts, (v) the intensification of the hedges and (vi) the cover of crops throughout the whole year (conservation agriculture).
In this case study, we have chosen to simulate three specific actions in two different scenarios:

Applying GIS and Spatial Decision Support System (SDSS) techniques, two alternative scenarios have been developed and compared. The interventions concerning the adaptation of the sewage system and the riparian belts were simulated in the same way in both scenarios, while the difference is in the location of the vineyards grassland cover and the conversion of maize to grassland.

Scenario 1
In scenario 1 we tried to simulate the most likely situation. The grassland cover of the vineyards and the conversion of maize to grassland were simulated for 50% of the crops, randomly selected across the study area (simulation repeated 30 times). In this way the risk is reduced on the whole area, but less remarkably in the high-risk areas.

Scenario 2
By analysing the high-risk areas, it was observed that some of them just fall behind the zone of drinking water withdrawal. In scenario 2, it was decided to reduce the impact on these areas by simulating the measures of grassland cover of the vineyards and the conversion of maize to grassland for all the agricultural crops that fall within the areas classified as high risk and very high risk.

Conclusions and recommendations
The simulation of alternative measures has significantly produced in both scenarios the reduction of risk areas. In the first case (simulated measures on randomly selected crops) reduction occurred in general throughout the territory; in the second case, focusing actions in high-risk areas, the reduction was even more effective. Scenario 2 is therefore more desirable, but it should be kept in mind that, despite the agri-environmental proposed measures are stimulated by the CAP, it is difficult to predict that these will be implemented by all the farmers having crops in high-risk zones. It is therefore considered necessary that, at least in the areas of drinking water withdrawal, “buffer zones” are established where the application of certain measures is further promoted or made compulsory.
The use of this methodology as proposed in the case study of the Isonzo plain, can lead to the development of a number of alternative scenarios in order to provide the territorial administrators a good tool to make appropriate choices and ensure the aware and sustainable land use management. 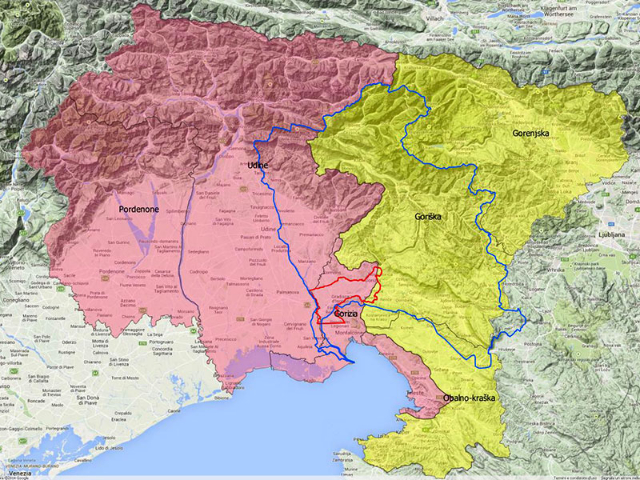 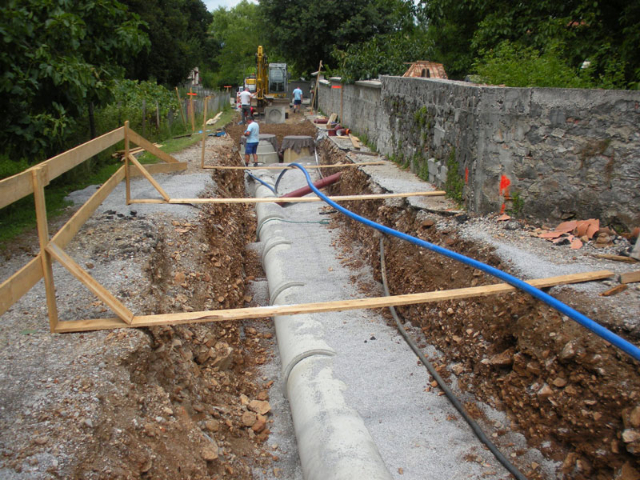 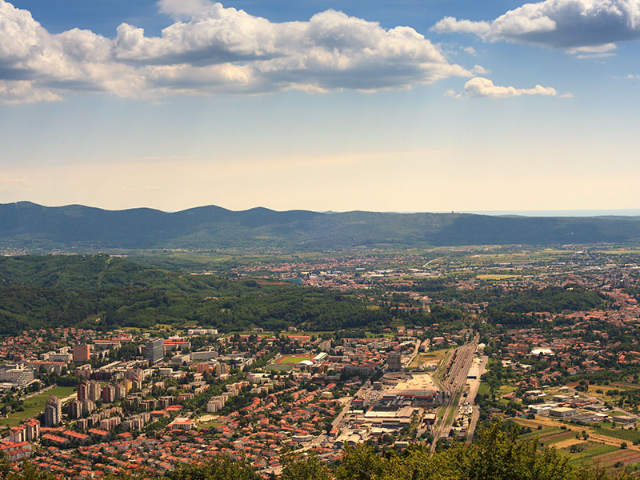 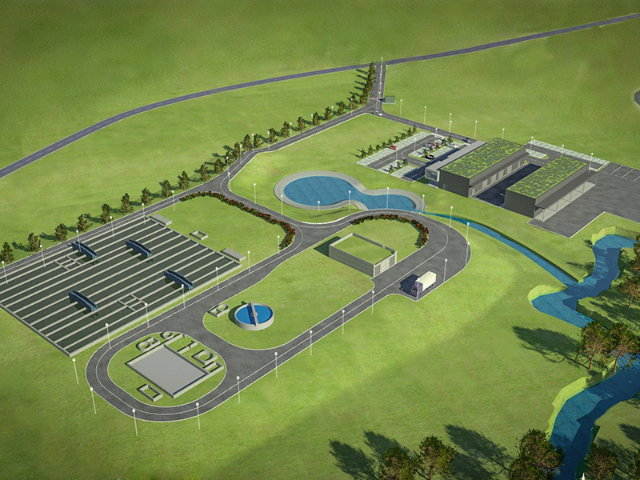 The project of the new wastewater treatment plant in Vrtojba (photo: Vodovodi in kanalizacija Nova Gorica). 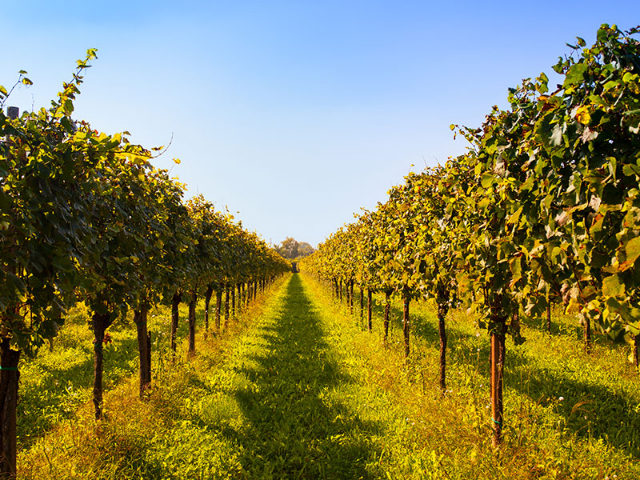